The Young Professionals Advisory Council for LHA was created to promote more Latino young professionals to the hotel industry as owners, service providers, leaders and professionals. This council is designed to provide ethnically diverse opportunities and to break the barriers to entry by advising LHA and its board members, supporters and members to better reach this demographic. 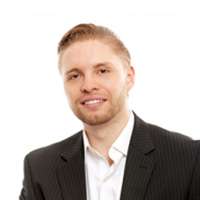 MJ is a fourth-generation, bilingual hotel executive with a global perspective. Marco is a citizen of the United States, Mexico, and France, he has traveled to all seven continents, and he has business experience on five of them. Marco previously worked with Trust Hospitality, where he was most recently Vice President of Business Development and Corporate Strategy. At Trust Marco was promoted twice in three years and focused on executing hotel management contracts while also leading the firm’s investment and corporate strategy teams. Marco previously worked as a hotel valuation consultant with Horwath HTL and on Wall Street as an analyst with J.P. Morgan’s Real Estate and Lodging investment banking group.

​Marco serves as a board member for the Latino Hotel Association and is Chair of Urban Land Institute’s Florida and Caribbean Hospitality and Recreational Development Council. He has been awarded Hotel Management’s 30 Under 30 award and has been published in the same magazine on several occasions. Marco has been a featured speaker at several conferences including as the keynote speaker on hotel feasibility/investing at Latino Hotel Association Conference 2019 and as a panelist at MexHIC, GRI Latin America, NABHOOD, and Makers Entrepreneurship Forum. In his educational years, Marco graduated the University of Georgia’s Honors Program with a degree in International Political Economy, where he earned a 3.9 GPA, was elected President of the Honors Program Student Council, was Editor-in-Chief of Georgia Political Review, and was elected President of Blue Key Honor Society. Marco additionally scored in the top 1% of all SAT testers and started several charitable organizations. 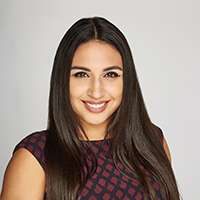 Mabelle Perez was born and raised in Miami, with Latin immigrant parents. She is bilingual in both English and Spanish. She graduated from Florida International University, and began her career in residential real estate investments. Mabelle is currently enrolled as a student in Cornell University, achieving a certificate in Hotel asset management and valuations. Mabelle is an active member of CREW in the Miami Chapter.

Mabelle joined Berkadia as an Associate Director, and was quickly promoted to a Director. Her focus is Hospitality investment sales and auction transactions. These auctions are catered to distressed assets, quick sales, and assets in the range of $3-10 million. She is also able to facilitate sales nationwide on behalf of lenders and hotel owners with the help of Berkadia’s Hotels and Hospitality team. Prior to joining Berkadia, she was a member of the National Hospitality Group at Marcus Millichap starting in 2018.